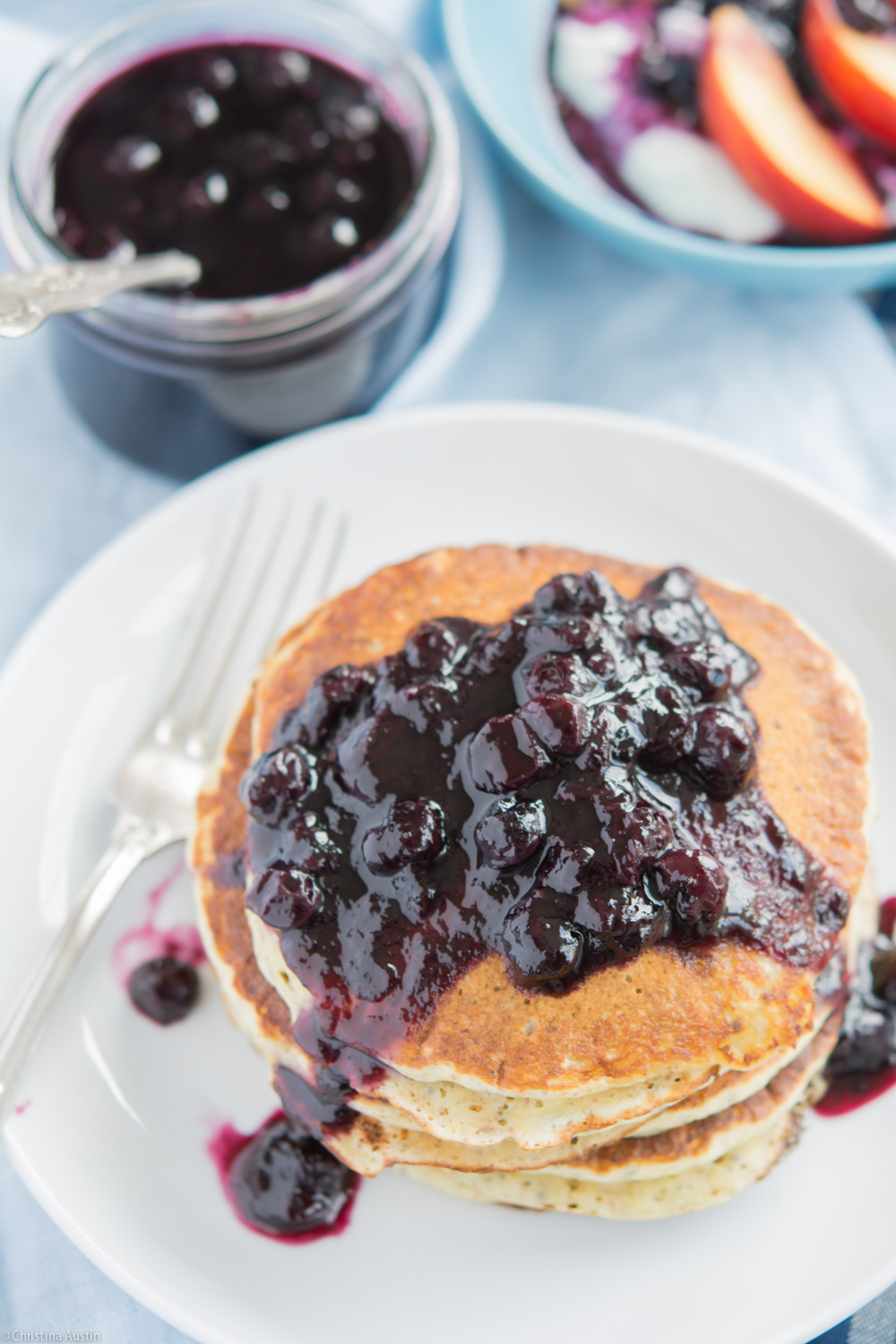 Edit – August 2017: I have omitted adding water to the blueberry preserves I made this year because I now prefer a much thicker preserve that is more like a runny jam. I have adjusted the recipe accordingly but you can certainly still add some water if you prefer a more runny syrup. I found that I ended up with one less jar than when I added water. I also now use 1/2 pint (250 ml) jars because we were wasting quite a bit because we didn’t use a whole pint of preserves quickly enough once a jar was opened.

Fall has started early this year here in Ontario and part of me is enjoying the cooler temperatures. I also find it depressing because of looming thoughts of winter and the reality of climate change. The farmers will be having a tough time this fall so I’m doing my bit to support the local farmers in my area as much as I can.

Even though I get maple syrup straight from the farmer, it is still expensive. I buy the darkest maple syrup I can find because I love the flavour. When at the farmers’ market, I have to go to the Mennonites that don’t have flashy stalls to get the really dark syrup. I suppose that it isn’t as popular as the other grades but I don’t know why. You get plenty of sweetness and it is packed with maple flavour. I strongly recommend getting the darkest maple syrup you can for this recipe. To cut down on the cost of this canning project, I mix the maple syrup with a simple sugar syrup. By using such a dark grade of maple syrup, I am able to maintain a strong maple flavour in the finished product even with the simple syrup.

My initial goal was to make preserved blueberries using the cold-pack method. I did make a couple of batches this way but I am still working out how to not get the syrup to piss all over the counter after I remove the jars from the canning pot.

If you aren’t familiar with what cold-pack canning is, it is when you put raw fruit in the jar and then cover it in hot syrup. The time in the water-bath is much longer than if you put hot preserves or jam in. Juice and sometimes air within the fruit is naturally released from the fruit during the canning process and this has been a real pain in my ass. I will work on de-bubbling the jars better and I hope to have the recipe perfected by next summer. I will post it then. For now, I am sharing my recipe for hot-pack canning blueberries. You lose some of the texture of the blueberries, but the fruit doesn’t float as much and you get a nice dark preserve that is more syrupy.

It is about time that I share with you all some other news. It is a little appropriate that I share this news on a post where the dominant colour is blue since we found out back in June that we are having another little boy. If you remember back in the spring when I announced the baby news, I did so on my Cinnamon Bun post.

We have a name picked out but you won’t find that out until the baby is born. We have to keep some element of surprise to ourselves. Follow me on Twitter and Instagram if you want to catch the news and photos of the new little dude that will arrive mid-November. If this new little boy is half as cute as my Timothy, you are in for a treat. I’m not biased or anything though. I also promise not to live-tweet the labour, cuz that’s just gross. 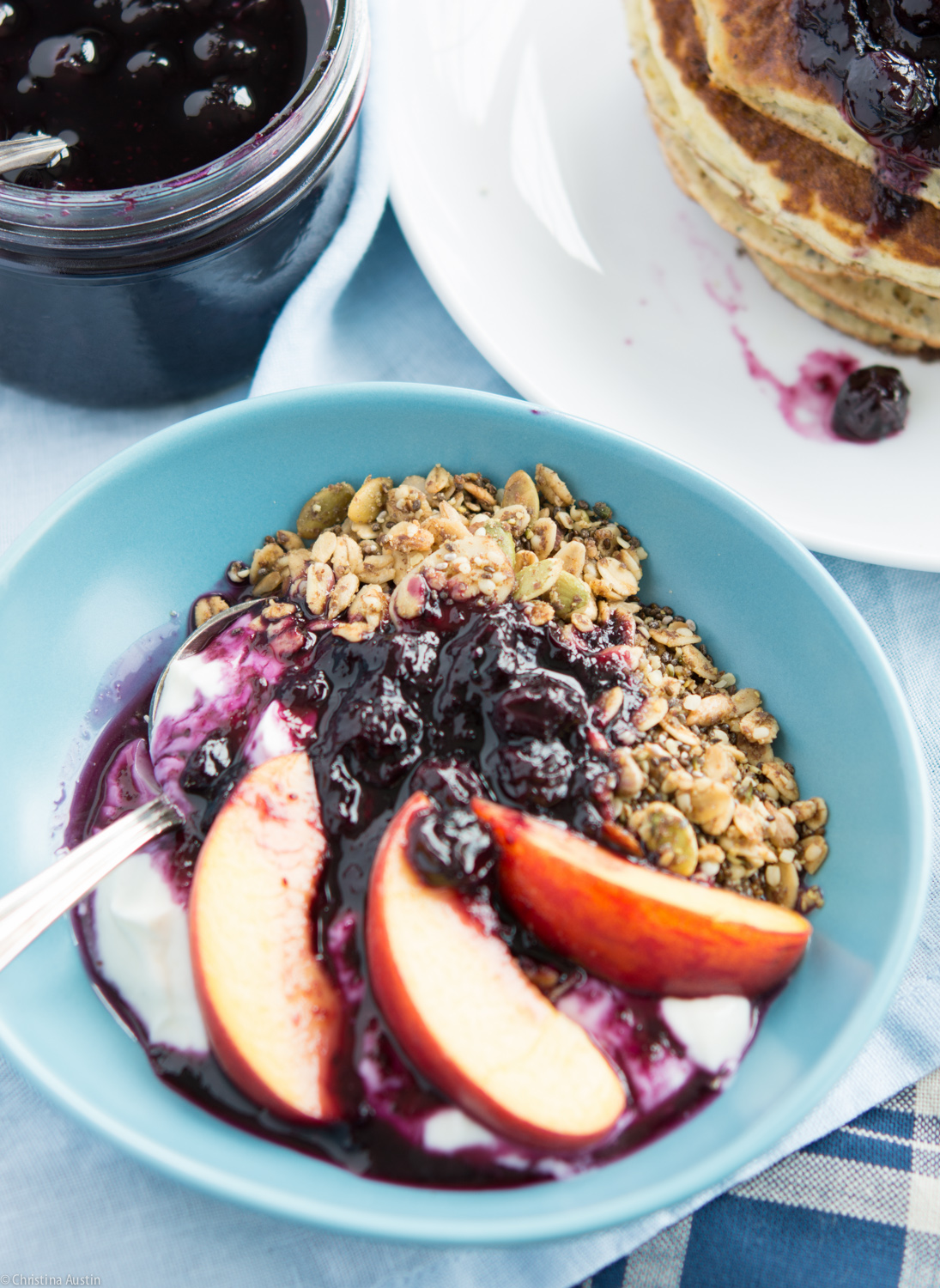 Blueberries preserved in maple syrup: perfect for topping a stack of pancakes or drizzling over yogurt & granola.

*You can prepare some 500ml (half pint) jars instead of all litre jars. If you end up with a less than full jar, just use that jar first as the excess air in the jar will decrease its shelf life. 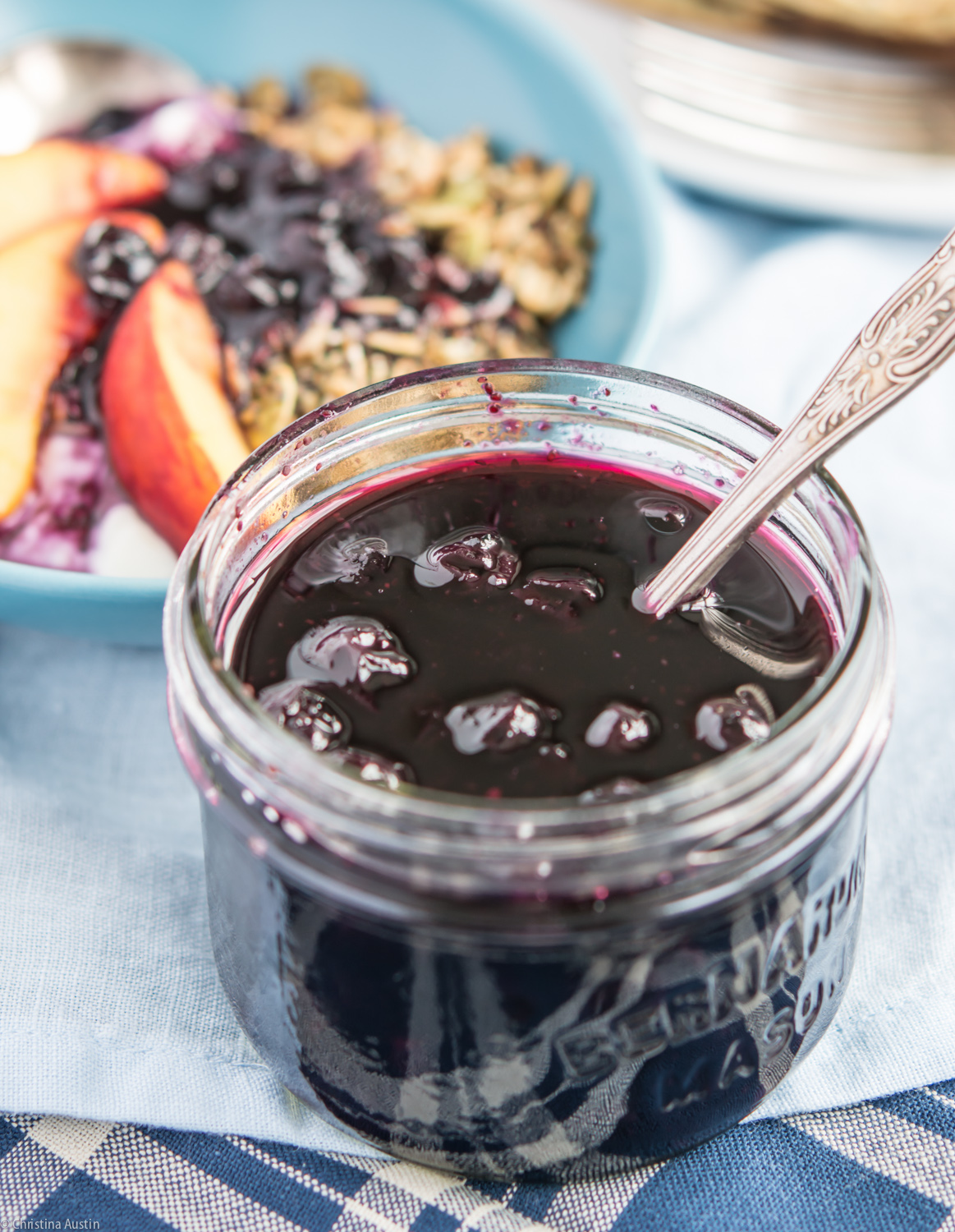 Edit: I reduced the amount of water in the recipe from 2 cups to 1 cup to cut down on the cooking time so that you get thicker syrup much more quickly.