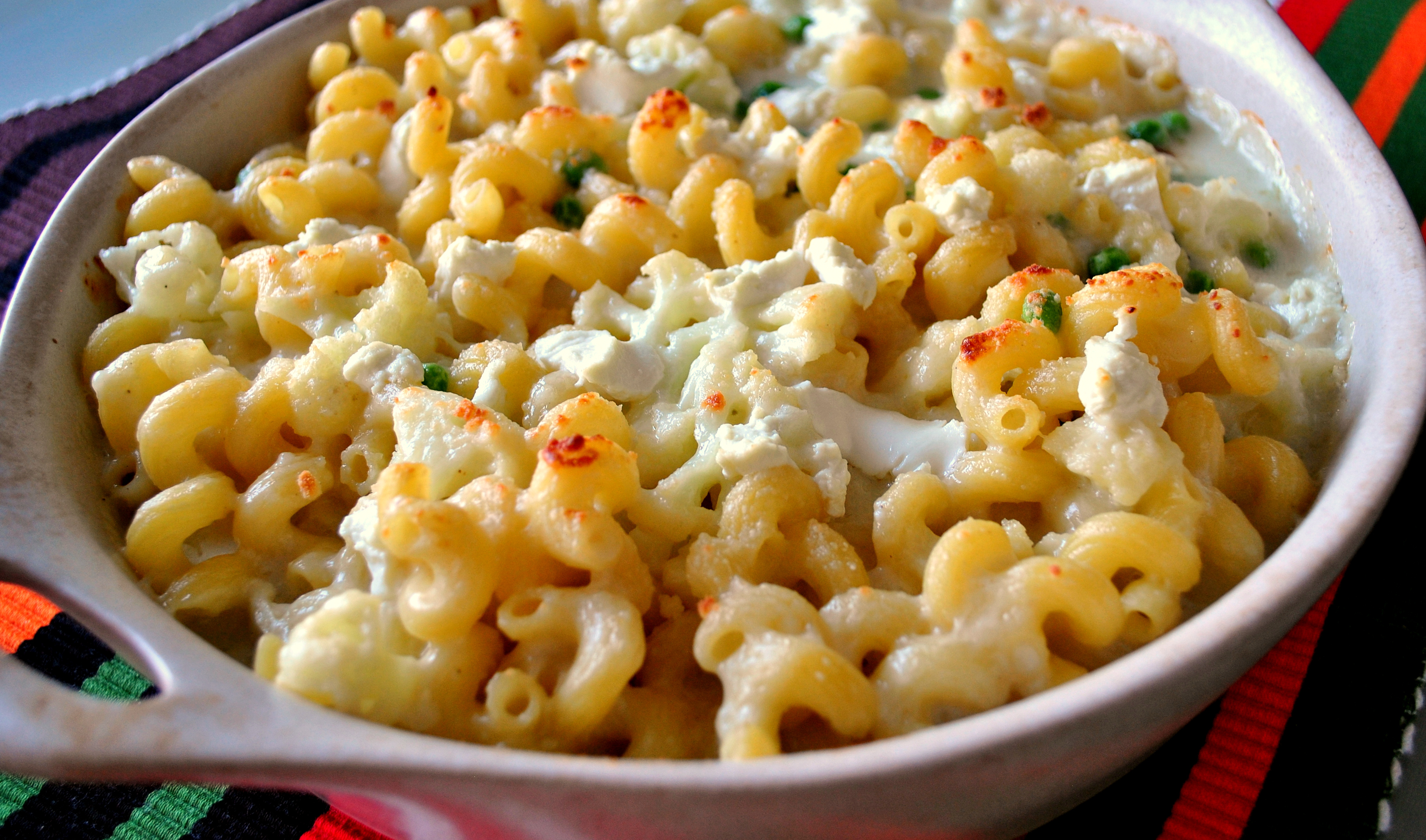 Gluten-free cheese sauce with regular pasta. I made a less attractive version with gluten-free pasta for my husband.

It has been quite a while since I have had time to sit down and write a blog post. It has been a very busy few months at my house – I started a new job, George has had another health crisis (x2), and Christmas was thrown in there. As for our Georgie; he is doing much better. He had a tumor removed from his bladder and the diagnosis before it was tested was that he only had a couple months to live. Thankfully, the surgeon who did his surgery back in October for the massive lung infection and subsequent whole in his lung, also removed the mass from his bladder. She was very happy to call us and tell us that our furry boy did not have cancer. That was the best Christmas present we got this year.

I’m sure it is clear to all who read this that our dogs are very precious to us and when we were told that George would not make it to next Christmas, it broke our hearts. Our boy has lots of fight in him and he is now back to being the rotten thief that he is. Just this morning, while we were out  with Timothy at his first gymnastics class the pair of them (Buffy and George) got into a bag of organic sugar. That was fun to clean up. Not nearly as bad as when they got into the bag of chocolate chips though.

Last weekend he pulled a muscle in his back so spent much of the time trembling and whimpering in pain. We brought him to doggie emerg and they dosed him up with pain killers. He is healing up nicely. He is currently snoring so loudly in bed that he might wake Timothy up from his nap.

This recipe is not really an oozy, gooey mac and cheese. I find that because I use such a strong cheddar (aged 4 years with a very strong ‘feet’ smell) that it doesn’t need as much sauce. If you want a higher sauce to pasta ratio, then simply reduce the amount of pasta used and you will get your wish.  The addition of the goat cheese on top gives the dish a nice contrast in flavour because the goat cheese is tangy and creamy.

I really like the cauliflower mixed in with the pasta but Tim sure didn’t. He would eat the pasta with relish but if he got a piece of cauliflower in his mouth he spat it out very indelicately. A mom has to try though, right? I did manage to coax him into eating a few peas though.

I have made this since taking the photos for this blog post and I fried up some thin pancetta, removed the crispy pieces and then used the remaining fat combined with the butter to make the bechamel sauce (the sauce base). I mixed in the crispy pancetta with the sauce and pasta before baking it. That went over very well with all that ate it. In general, you can’t go wrong with the addition of a little bacon.

Macaroni and Cheese with Cauliflower and Peas (sauce is Gluten-Free)

Macaroni and cheese with strong white cheddar, cauliflower and peas using gluten-free flour to make the sauce base.

If you want to bake and serve it later, you can cover the baking dish tightly with plastic wrap so that a skin doesn't form on the sauce and put it in the fridge until you want to bake it. Just adjust the baking time accordingly. *If you want to add pancetta - fry 4-6 thin pieces of pancetta cut into bite size pieces. Remove the crispy pancetta and set it aside. Use the fat from the pancetta in addition to the butter when making the white sauce. Mix the crispy pancetta in at the same time as the peas.