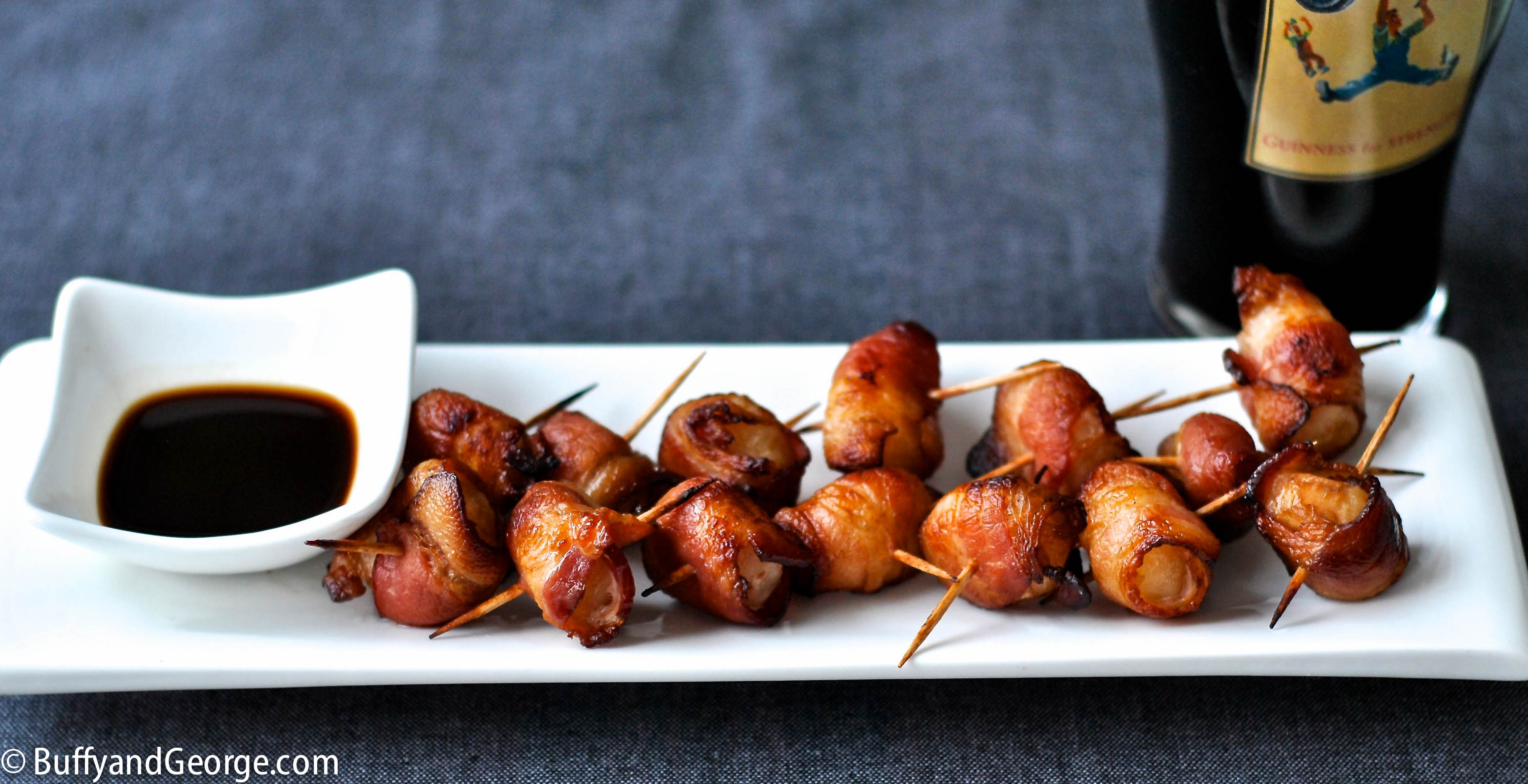 We had a big Panasonic microwave that came with a cookbook. On the cover of the cookbook were an assortment of all the wonderful food you could cook in the microwave, including a roast and a turkey. Pretty fantastic stuff. My mom also had a pink apron with black writing that read, “Nothin’ Says Lovin’ Like my Microwave Oven.” I so wish she didn’t get rid of that. I would wear it all the time.

I don’t cook these in the microwave anymore since the oven produces a much better result. My love for Worcestershire Sauce (Lea & Perrins) has grown as well, so I like to have some on the side for dipping.

For my 3*th birthday party back in November, my mom and dad were here to look after Tim during the party and put him to bed for us. She also made two cans of water chestnuts worth of these for me. There was just a small number of people over for my little party (about 7 + us & my parents) but they were all gone in a short period of time. Over a pound of bacon was eaten. It was a great night. God, I love these things. I really want to go make some right now. I have all the ingredients but I am resisting temptation.

The low oven temperature lets the bacon cook evenly so it becomes golden brown by letting the fat render out slowly. If you turn the heat up to speed things up then you run the risk of the fat smoking in the oven and there will be rubbery spots and extra crispy spots on the bacon.

Spaghetti Sauce and Buying Half a Cow
Homemade Chocolate Truffles