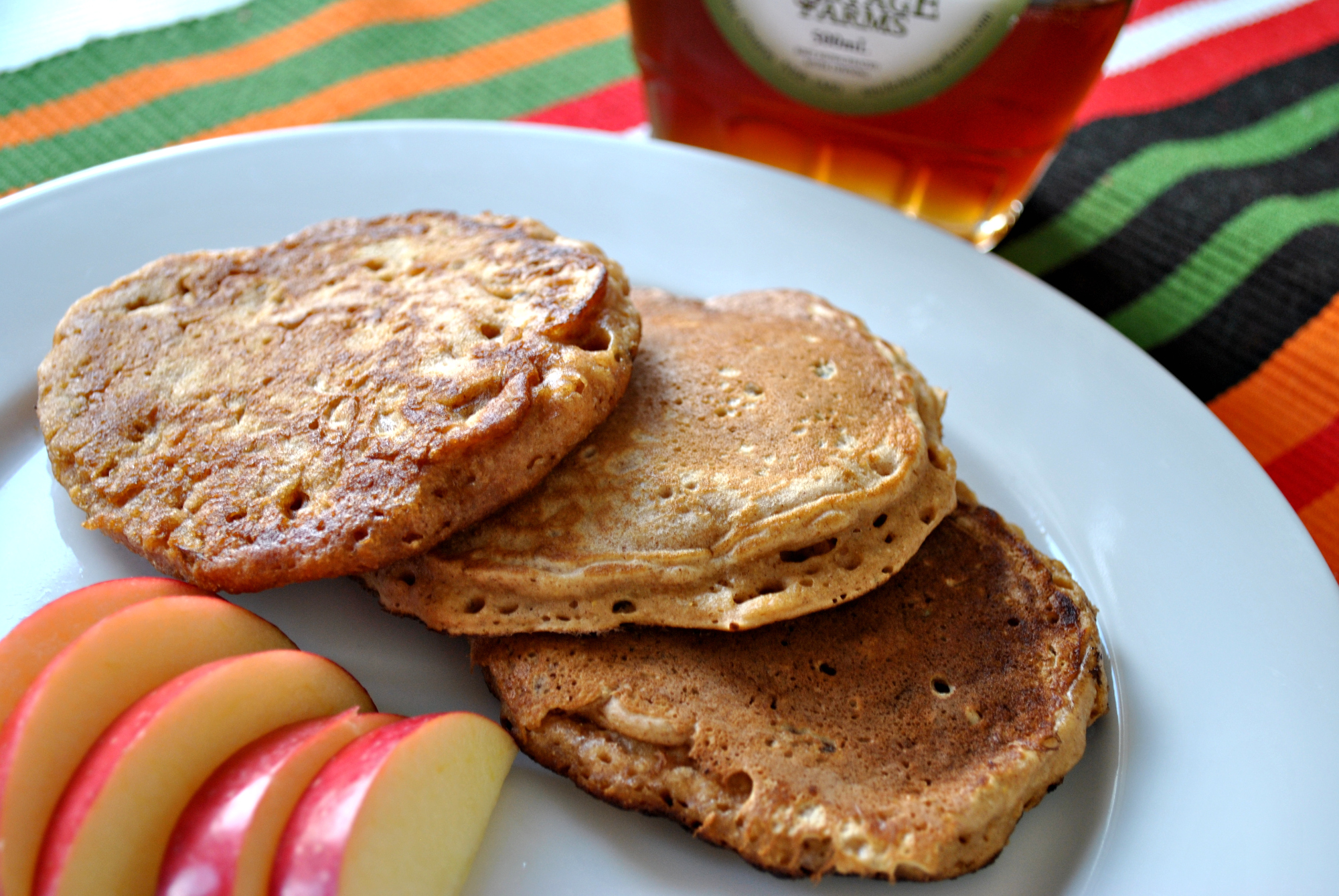 Apple Spice Pancakes with all purpose and barley flours. Simply spiced with cinnamon and nutmeg.

This is definitely my go-to pancake recipe that I make for Timothy and me on weekends. There is a good amount of apple in the batter and they aren’t as doughy as some fluffy pancakes can be.

I used brown sugar instead of regular white sugar to give just another bit of flavour. Brown sugar isn’t any healthier than white sugar but it does give the pancakes a little something more than plain old sweetness. Since it has a slight caramel flavour I thought, “Caramel, apples – yep, this will work.”  This combined with the barley flour made the pancakes a lovely brown after they were cooked.

When I was preparing the plate to take photos Timothy saw the cut up apples (or ‘appoes’ as he calls them) and wanted to eat them. I took my photos quickly and let my little guy get his fill of Honey Crisp apples from Martin’s Family Fruit Farm along side his pancakes with local maple syrup. I suggest cutting up some extra apples to serve along side the pancakes for an extra serving of fruit for your family.

I like to keep the pancakes warm in the oven until they are all done. I turn the oven on for about 2 minutes and then turn it off. The oven gets cozy warm but won't make the plate too hot for when you serve the pancakes.

{Updated recipe after publishing – After using this recipe many, many times, I have found that 2 eggs makes for a nicer pancake rather than the 1 egg in the original post.}
Acorn Squash and Kale Soup
Honey Vanilla Peach Margarita