For my addition to Pie Week with my blogging friends, the Theme Weavers, I humbly submit my very rustic looking apple pie. 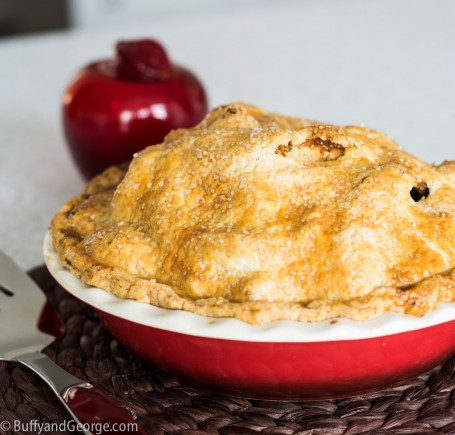 Everyone needs to stop worrying about making a ‘perfect’ pie crust. I am always hearing that people are scared of making pies because the pastry is just too hard to do. TV chefs and bloggers alike warn about ‘over-working the dough’ as though you are going to end up with a ball of gluten if you knead the dough together a few extra times. Pastry isn’t the easiest of things to make but please stop being intimidated by the idea of making your own pies from scratch and end up with another one of those store bought pies with those manufactured pie crusts that yield a crumbly rather than flakey crust along with overly sweetened filling at Christmas or Thanksgiving. A pie is supposed to be a simple dessert that generally evokes nostalgia-laden thoughts of pastoral living. Just get on with getting the job done and don’t stress so much about all those little rules you have heard people tell you about pie dough. If you are starting to worry that there will be too many cracks or the edges of the pie just aren’t right, let the adjective, ‘rustic’, be your guide.

I follow some of the basic principles of pie making: I use cold water and cold fat, but I don’t obsess over ever detail. I’ve even seen a TV chef recommend chilling the flour. I mean, come on! It is just pie. Granted, the idiom, “as easy as pie” is certainly misleading but let go of the quest for a pie that looks good enough for Martha Stewart (her magazine, not her dreadful Twitter photos).

My pies aren’t always the prettiest to look at but the crust is always flakey and they are stuffed to the brim, and then some, with fruit. Do I sometimes swear when I make pies because the dough cracked or tore as I rolled it out? Yes, yes I do. Does the filling sometimes bubble over and start to burn on the bottom of my oven? You betcha it does! Do I swear some more? Yeppers! Does this stop me from making pies? No. Even if they collapse in the centre because the apples were piled so high (see below for an example of my collapsed pies), these pies are simply much better than anything store bought.

Here are some of my tips for an imperfectly delicious pie: 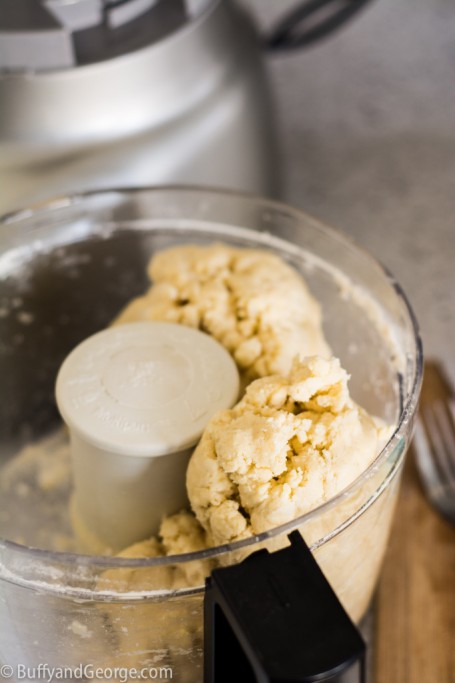 Pie dough formed into a ball in the food processor. 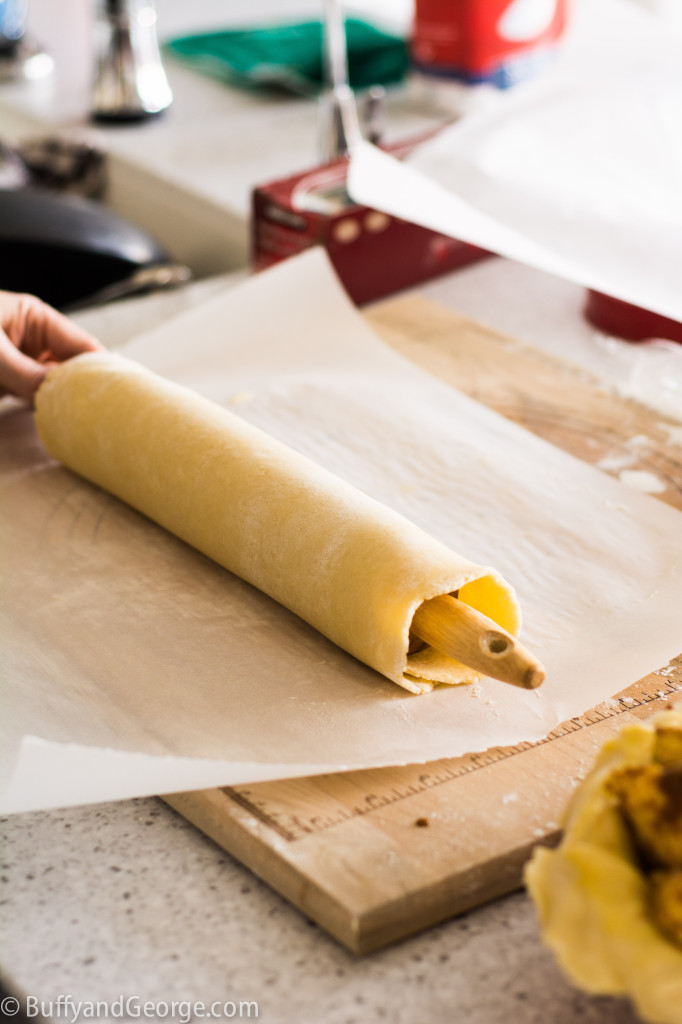 Roll the dough onto a rolling pin to transfer to pie plate. 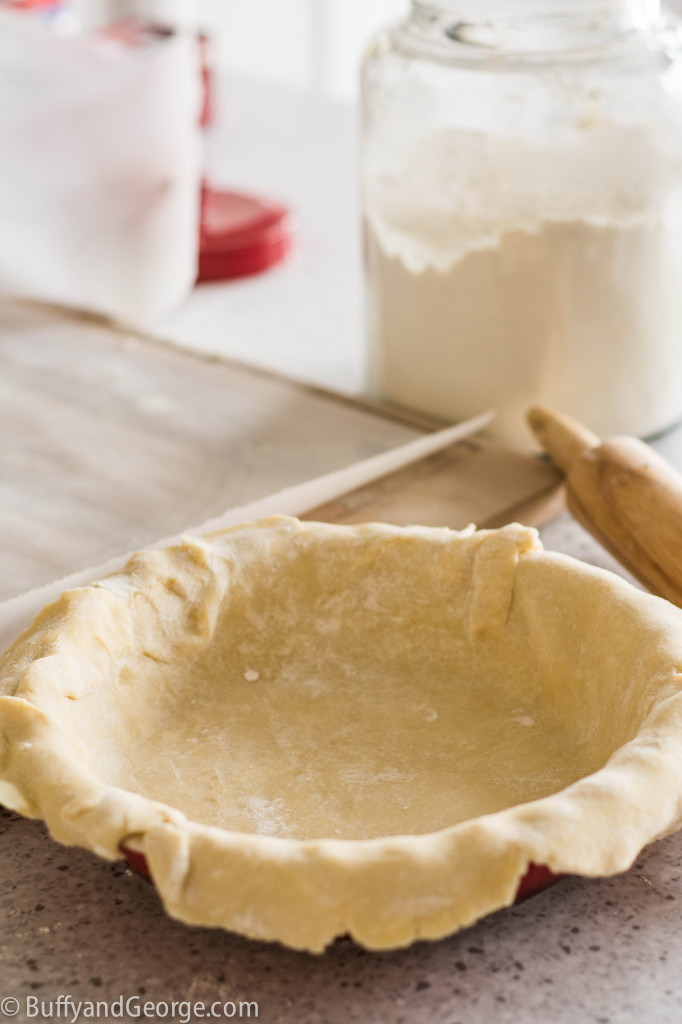 Pie dough is ready for the mound of apples 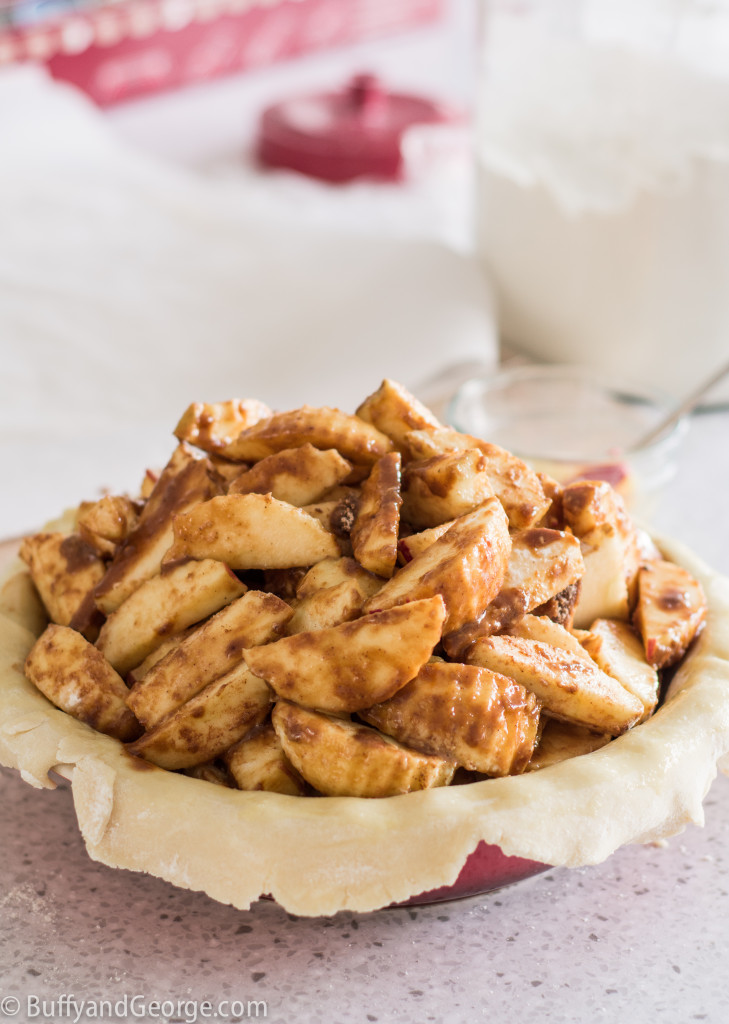 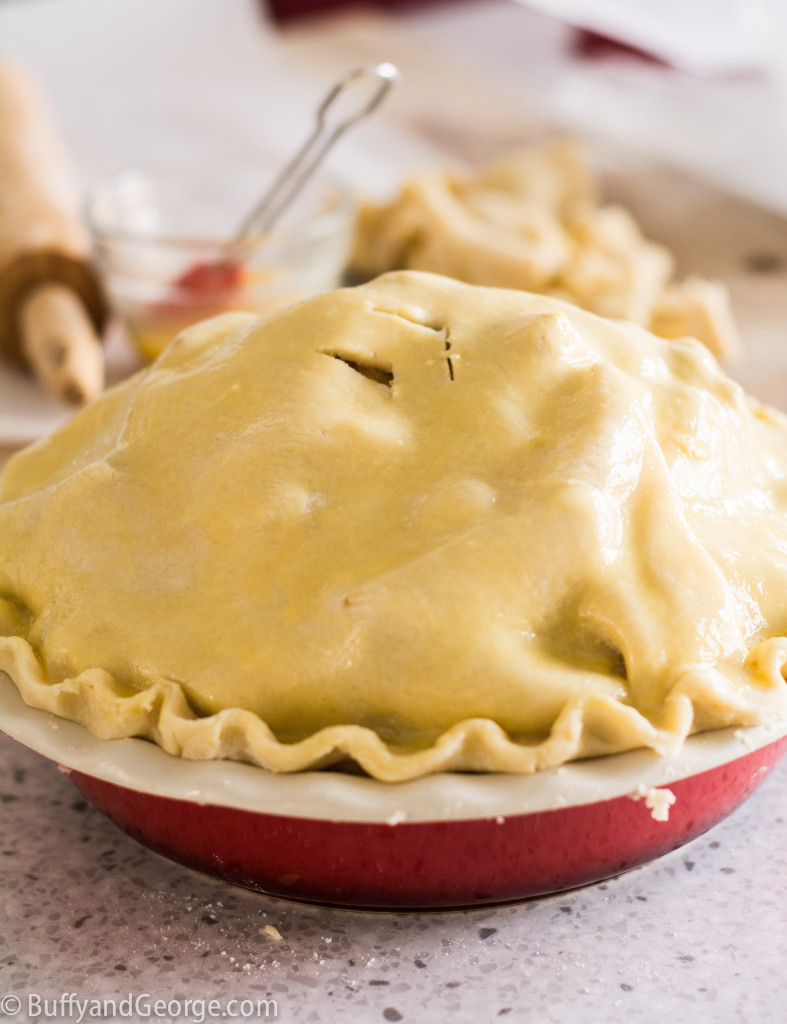 A deep dish apple pie with an easy to make crust that will become your favourite.