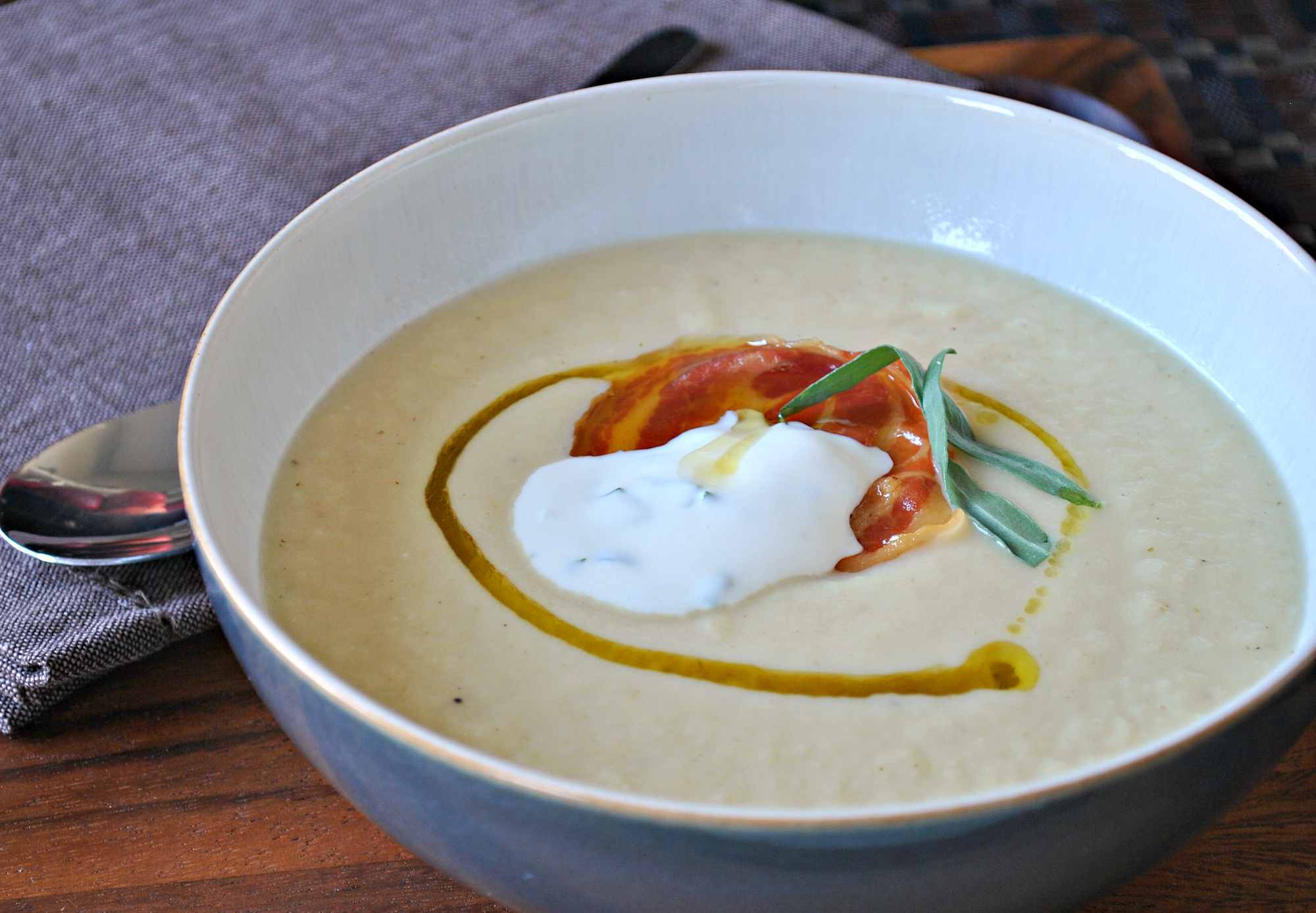 This parsnip soup has a very simple base: leeks and garlic (onion would be a fine substitute for the leeks). When I was trying to think of something that would pair well with the unique flavour of parsnips I went sniffing around my spice cupboard and opened up a jar of Dijon tarragon dip mix and thought that tarragon was a great match for parsnips. The first time I made this I had to use the dip mix because I didn’t have fresh or dried tarragon. To me tarragon has a very strong flavour and if there is too much of it all I can taste is licorice – which I hate. Use dried tarragon is if that is all you have but reduce the amount as it is a more concentrated flavour.

I also added a half teaspoon of truffle salt which is definitely one of those foodie ingredients not part of the regular pantry.  I bought truffle salt because I heard Oprah raving about it. I wouldn’t call myself a devoted Oprah acolyte who does everything that she says to do.  For example I have never used the word journal as a verb when referring to myself, but when I heard about a funky pantry item that is a reasonable price I headed to Vincenzo’s to get it. When I opened the jar and took a whiff of it I nearly collapsed from the smell. Frankly, it stinks. The smell is indescribable. I want to say that it smells like ass which isn’t quite right and as a mother of a toddler… never mind, some things need not be said. My mother-in-law said it smelled like a barnyard but I disagree. I have been to many farms and it doesn’t smell like that either. It is a smell unto itself.

Now that I have you chomping at the bit to go out and source yourself some truffle salt, let me just tell you that a little bit goes a long way and it will give your dish a delicious, flavourful depth. If you use a tiny amount people will love whatever you use it in and be perplexed at what it is that make them love it so much.  If you are too heavy handed with this decadent and powerful ingredient then people will be trying to describe your dish in unpleasant ways (see above). I used a half teaspoon because my truffle salt is about a year old. If you have fresh stuff then just use a 1/4 teaspoon. Trust me, it will be plenty.

*Feel free to leave it out all together. If you have recently purchased truffle salt just start with a pinch as it quickly becomes an overbearing flavour.
**If you don’t have creme fraiche, use 1/3 cup whipping cream and a couple tablespoons of sour cream.