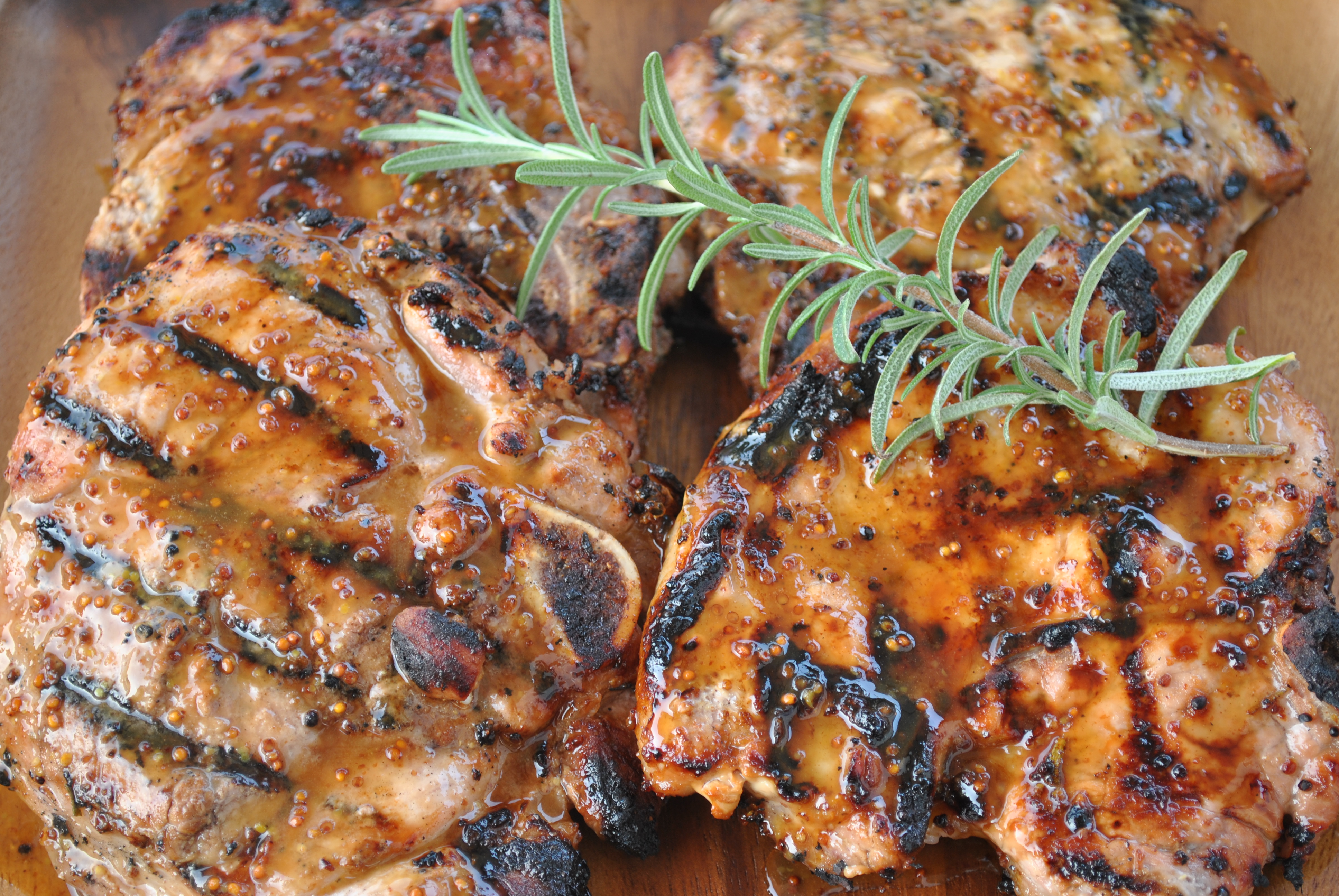 This marinade for pork chops is very simple and quick to throw together. You can coat the pork chops with the marinade just before grilling or putting them in the oven but it is even better if you can let them marinade in the fridge for an hour or two.

There is a little story behind how I acquired these particular pork chops. I spent my third year of university in Northern Ireland and when I was travelling around with Simon (we’ve been together for ages) I bought Darina Allen’s book Traditional Irish Cooking as a souvenir. I cooked quite a few things from that book when Simon and I moved in together the following year. We have moved around quite a bit and I was hunting all through my house looking for the book in early summer. I couldn’t find it anywhere. We even looked in the disaster of a storage area under the stairs. I was in tears thinking that I had lost the book during one of our moves or the many purges of our house that we have done. As I sat sobbing pitifully over the lost book, Simon went online and found me a used copy and ordered it. I was insistent that it be the edition that I thought I lost and he was able to find it for a pretty good price.

A couple of months later I was doing a good dusting of the shelf in our dining room and I moved some books and lo and behold, but what did I find? My original copy of Traditional Irish Cooking. I tweeted that I now had two copies of the book with an abbreviated version of my lost book sob story. I thought that maybe I would do a little giveaway on my blog but Rob from Brady’s Meat & Deli suggested a trade. Rob suggested steaks but we had just ordered half a steer from Vibrant Farms so steaks would have been a bit ridiculous to get (you should see my freezer). We had bought some pork loin chops from Rob before and we noticed a huge difference in flavour from the ones we used to get from the grocery store. Grocery store pork has a weird stink to it and now I notice just how flavourless it is. The pork chops from Brady’s smell good even when raw and they simply taste like pork chops should so that is what I chose for our trade. 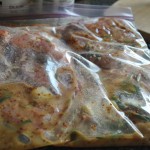 Squish the marinade around the pork chops in the bag to make sure they all get coated.

When I marinade meat, I usually use a freezer bag because the clean-up is simple and it is easy to get all the meat evenly coated with the marinade.

I did grill these pork chops but you could definitely cook them in the oven if that is your preference.  I served these with quinoa and grilled veggies as it is my go-to side dish when the bbq is on. The pork chops would go nicely with some potatoes and a quick mixed green salad.

A simple marinade of Dijon mustard, honey and rosemary that highlights the great flavour of good quality pork chops.

To cook in the oven: Preheat the oven to 400 degrees F and cook for approximately 20 minutes on a baking sheet.
Make a little extra marinade and reserve it to drizzle over the cooked pork chops if you like. Do not use the marinade that was on the raw pork chops to drizzle unless you want everyone in your house to get sick