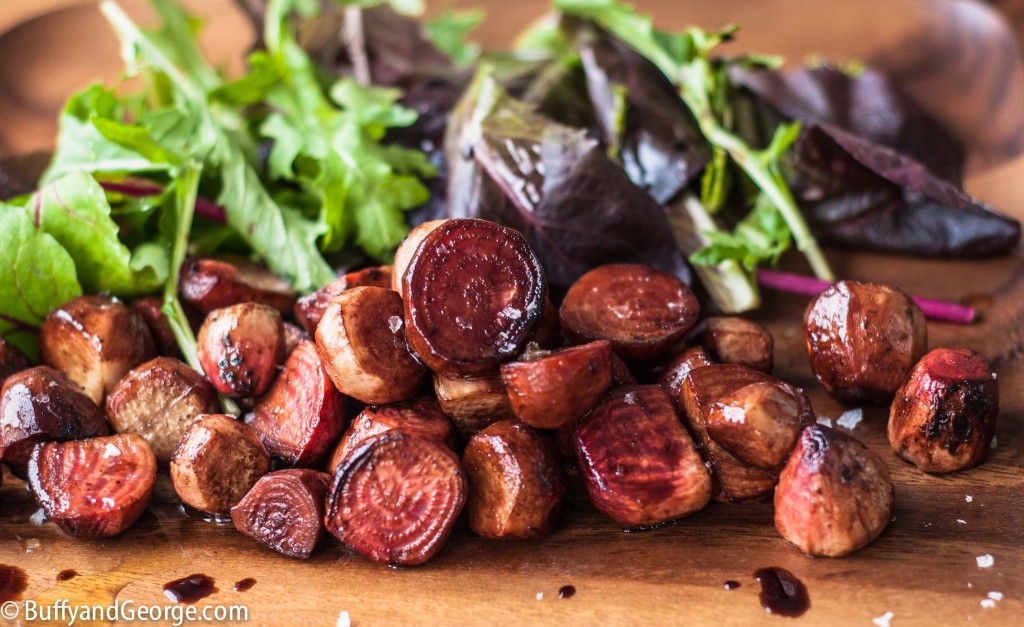 Candy Cane beets roasted in a foil bag on the BBQ.

If you are part of a CSA then you know that you get beets in your CSA box in the height of the summer. Since I don’t want to turn on my oven during a heat wave in July I decided to throw the beets on the barbeque.

The beets are so delicious that the first few times we had them we ate probably a cup each. The next day I had pretty much forgotten that we had eaten so many beets the night before and was just about to call the doctor thinking I had some type kidney issue. My pee was an alarming shade of pink but when the cobwebs cleared in my head I remembered what I’d had for dinner the night before. Whatever vitamins are in beets, I’m pretty sure I got my fill that day.

I cook my vegetables on the bbq all summer usually in one of two ways: on a foil tray with holes in in or in an aluminum bag that I make with regular old aluminum foil. I love cooking potatoes this way too. I know you can get foil bags pre-made at the grocery store but they probably a dollar each which is ridiculous.

If you want more instruction on how to make the foil bags, then leave a comment re: your question and I will answer it right away. If there are a lot of questions then I will do a whole post devoted to how to make foil bags for the bbq. Maybe even with a video. At the very least, a photo series.

Beets roasted on the barbeque in a foil bag seasoned with balsamic vinegar, olive oil, salt and pepper.

To Make A Foil Bag
Beets